Laurel bounded off the track, breathless from the mile run. She'd never particularly liked running--or sports of any kind for that matter--but a fitness test was standard procedure for all students on the first day of gym class at Del Norte High School.

"Come on over! Hurry, you got two minutes before we need everyone to take their pulse." The stocky female gym coach was waving the class over with a clipboard. "Okay, you can get your pulse from your wrist, but sometimes it's hard to find it there the first time. That's fine, two fingers to the side of your neck and you should feel a good, strong pulse, especially after that run. If you're still having problems you can check your pulse in your groin like this." Several people giggled as Mrs. Wilson stuck her fingers between her legs to demonstrate. "Now, find your pulse and when I say go, start counting. When I say stop, stop."

Laurel's fingers went to her wrist, but she didn't feel anything except the warmth of her skin from the sun. Her eyes darted around and she was relieved to see that several of her classmates had already moved on to their necks. She placed her fingers on the right side of her throat the way the coach had demonstrated and pressed gently. Then a little harder. She changed over to the left side and still felt nothing. Most of the kids around her were standing quietly with their fingers pressed to their necks. She tried to mimic their position but still couldn't find anything that felt like the beating drum Mrs. Wilson had described. She considered trying the groin pulse, but only for a second.

She started to remove her fingers so she could raise her hand when Mrs. Wilson blew her whistle and yelled, "Okay, get ready!" Laurel jammed her fingers back into her throat and tried to act like she was feeling something.

Laurel kept her eyes on the ground as she pretended to count. She glanced around the group and watched the other kids from under her lashes. Several had their eyes closed and a few were mouthing numbers as they concentrated.

"Stop!" Fingers left throats and wrists and the whole class seemed to start breathing again as one. Mrs. Wilson circled the group asking for numbers. Everyone had an answer: ninety-four, one hundred and three, ninety-seven, eighty-two. Laurel listened carefully as her classmates rattled off numbers. Then the clipboard was under her nose.

Laurel hesitated for only a moment. "Ninety."

Mrs. Wilson did not even glance at her. "Ninety," she repeated, then stopped.

Mrs. Wilson made a small grunt of acknowledgment and moved on. "Name?" she asked the next student.
Laurel released the breath she'd been holding and attempted to wander off toward the locker room as casually as the other girls.

No one stopped her or called out that she had cheated and when the gym doors closed behind her, she felt safe. But as soon as she walked into the locker room she closed herself into a bathroom stall and tried again. Her wrist, her throat, and now that she was in the privacy of her own stall, her groin. Nothing. Maybe there was something wrong with her fingers.

Or maybe lots of people had cheated.
It didn’t matter. No one knew.

She left the stall and hurried to her small locker, anxious to be back in her lightweight tank top and jean shorts. She hated sweats and the cheap gym t-shirts were heavy and stiff. It was a relief to stand in her bra and underwear for a few seconds and let the air cool the light sheen of sweat on her forehead and back. But the other girls, who were all dressing carefully with their backs to the group, eyed her as she stood so unclothed, so she yanked her clothes on, slipped into her flip-flops, and hurried out the door.
Publié par Kitten à 08:58 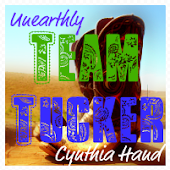